Tribute to the founder of Cabasse, to the pioneer that he was, and to an eternal lover of music

Founder of Cabasse, a French company known worldwide for its High Fidelity speakers, Mr. Georges Cabasse passed away this Friday 15th November at the age of 91. Guided from a very young age by his passion for music, and the desire to recreate sound as faithfully as possible to live sound, he invented and developed the technology behind coaxial speakers which still contribute today to the brand’s reputation in France and abroad. 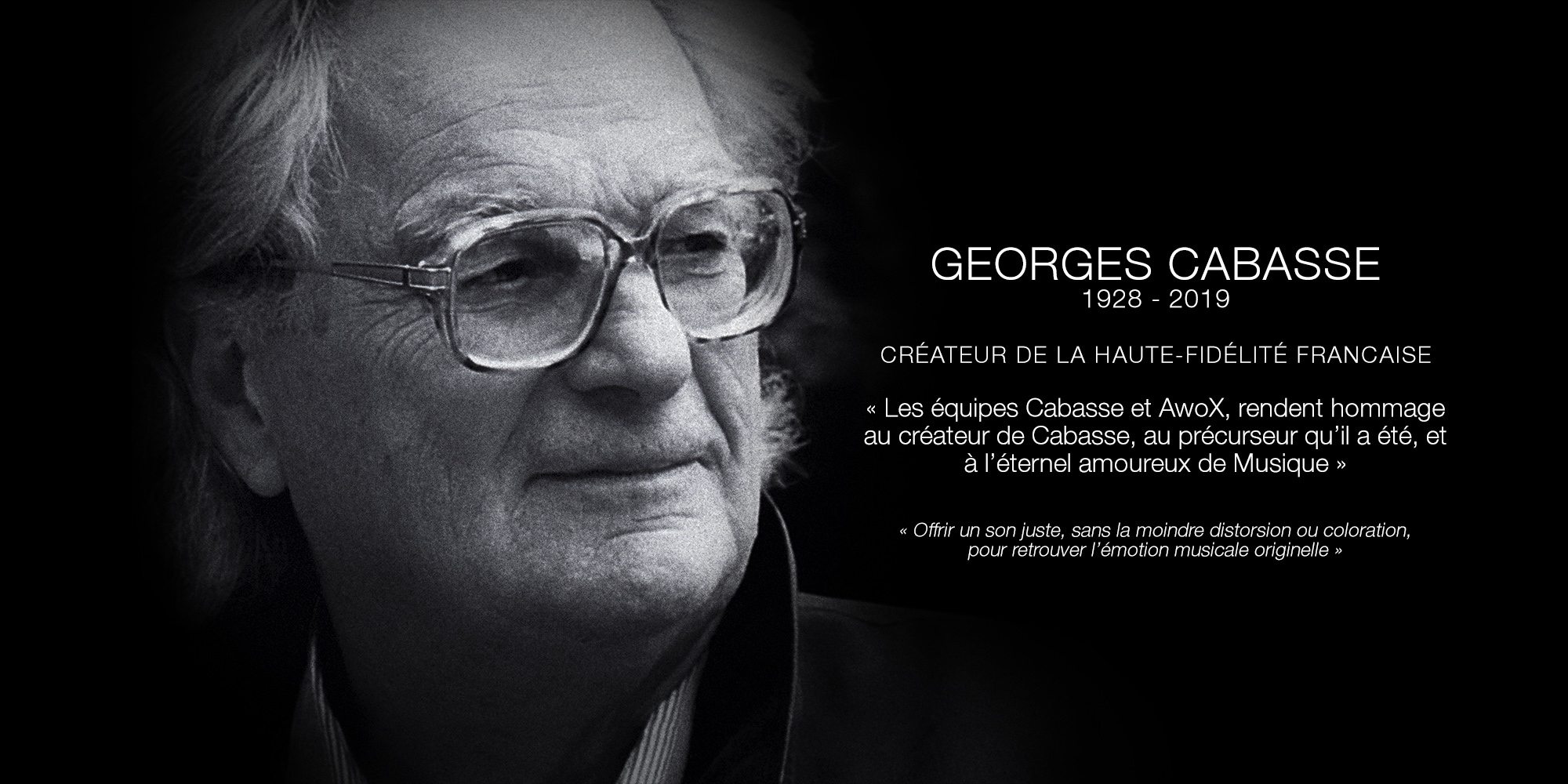 Descendant from a long line of stringed instrument makers located in Les Vosges in France (since 1740), Georges Cabasse, a musician, was passionate from a very young age about music. He attended numerous piano concerts which developed his extreme sensitivity to quality of sound, especially for musical productions performed by orchestras. After years of study as an electrical engineer, he started building speakers and made recordings with the desire to reproduce the most perfect sound possible.

With his wife Elisabeth, he created in 1950 the company La Maison du Haut-Parleur (The House of Speakers) located in Neuilly-sur-Marne, which specialized in speaker repair and exchange. His business started progressively, and would eventually prosper thanks to the installation of major sound systems and his first innovative speaker designs. His guiding principle: create accurate sound, without any modification, with the least amount of distortion or coloration to rediscover the original, musical emotion.

Guided by innovation, the Cabasse audio company takes off

Among the key dates in the lifetime achievements of Georges Cabasse, which have made their mark on French HiFi history:

Innovations follow suit between major partnerships and new series of speakers that have become emblematic of Cabasse:

Always looking for new material and constantly improving upon the latest technology, George Cabasse and his team’s legacy is rich in numerous technological advances and patents which later allowed for the brand to create a line of luxurious speakers, such as the legendary Sphère. A pure masterpiece, La Sphère was a main attraction at its unveiling at CES 2006, and left a lasting impression on listeners thanks to its extremely innovative design and its quintessential reproduction of music…

Almost 70 years after the creation of Cabasse by Mr. Georges Cabasse, Mr. Alain Molinie – CEO Group AwoX-Cabasse, intends to conserve the brand’s values and its high level of expectations in faithfully reproducing original sound, all the while adapting it to current needs notably as is the case for digital music: “In the ever-changing landscape of music, Cabasse must continue to unite excellent acoustics so dear to Georges Cabasse with the new modes of use, so that audiophiles and new generations of music lovers can feel even more musical emotions.”

“The teams at Cabasse and AwoX, through this biography, would like to pay tribute to the founder of Cabasse, to the pioneer that he was, and to an eternal lover of music.”

Manage Cookie Consent
To provide the best experiences, we use technologies like cookies to store and/or access device information. Consenting to these technologies will allow us to process data such as browsing behavior or unique IDs on this site. Not consenting or withdrawing consent, may adversely affect certain features and functions.
Manage options Manage third parties Manage vendors Read more about these purposes
View preferences
{title} {title} {title}